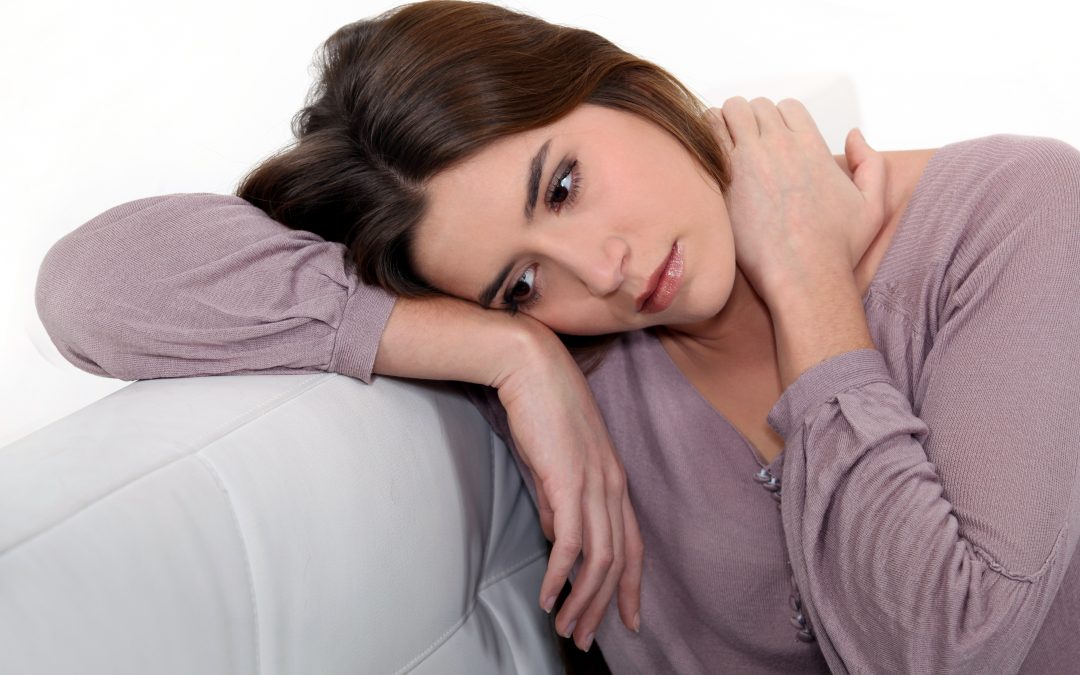 Has trying become trying? When pregnancy just isn’t happening…one doula’s foray in Fertility (or the lack of it)

If you clicked on this post, then it’s probably because the title resonates with you, and you know this feeling. Maybe it’s been a few months for you, or maybe a few years. Or maybe longer. Maybe your efforts have been successful and you’ve finally had your precious baby(ies). Or maybe not. Either way, you are not alone. Its reported that 16% or 1 in 6 of Canadian couples suffers from a fertility issue, either medically diagnosed or not. If you’ve unwittingly found yourself in this percentage group, a) I’m sorry, and b) welcome! You’ve found your people.

Because we are a people. We are the frantic underwear checking people, who monitor our own secretions for any changes that mean `it’s GO time`. We are the people who are dropping $20 on those devices-of-the-devil that line the pharma industry’s pockets (read, ovulation tests), frantically peeing on said device and desperately looking for that smiley face or pink line (or 2!) that signals `the egg is about to drop!`, as if we are hens in a henhouse. We are the people who fiddle about with thermometers every morning, looking for variations in our basal body temperatures, another indicator that it’s time to take your partner by the hand, etc etc – you know where I’m going here. (and no I’m not alluding to doing a barn dance).

It’s a certain select group who find themselves taking just about every supplement under the sun, following all kinds of complementary therapies that they`d previously thought were the domain of New Age hippies, and doing all kinds of fitness and wellness regimes that they would`ve never previously considered, in the hope that they might just make them feel relaxed (or healthy!) enough to conceive. Or that have found themselves taking Robitussin (you! Yes, you!) in the hope that it will thin out your body mucus.  And still, even after all of our best efforts, good old Aunt Flo still shows up like an unwanted ex at a wedding, like clockwork every month, reminding us once again (as if the media doesn’t do a good enough job of it already) that our bodies have failed us once again in what we`re told by society from a young age is one of our main goals – in fact, almost our raison d’etre as women – becoming a mother.

My own fertility journey began some 10 years ago. Having waited what we considered a respectable amount of time in terms of having `us time` after our wedding, myself and my husband proudly told all and sundry that we were about to start trying. BIG mistake. Having been aware of my own mothers struggles to have children (albeit due to a different issue than the one I would later discover of my own), I was prepared for things to take a while. In my Generation-X mindset,  `a while`equated to a maximum of 6 months. I had no idea at that stage what being patient really meant. I was about to learn a hard lesson.

One of my closest friends started trying around the same time as me. 3 months later she was pregnant. We later joked that it took me pretty much the same amount of time to conceive in years that it took her in months. `Take your time and savour this precious time of no responsibility whilst you can `, I kept reminding myself.  ‘It will happen`. However, with each passing month, I became increasingly anxious. Id say my anxiety probably peaked at about 9 months of trying to conceive, when I really started scouring the internet and any available book I could get my hands on, eager to see if there was any trick that I was missing. I went to my family doctor, who referred me for initial blood work to check my hormone levels, all of which came back within the normal range. Later I would go for highly uncomfortable invasive tests, which also came back with results that were supposed to reassure me that, yes, everything was fine, it was just taking a little longer for us. My poor husband of course played his part, and did his tests, which, apparently, are pretty similar to how its portrayed in the movies. I even splashed out on a trip to an exclusive Harley Street based `Gynaecologist to the stars`, who, after taking $1000 of my hard earned money, sent me off telling me everything was fine –  I just needed to loosen up, chill out, drink more wine and cook my man a steak on a Friday night before my next effort to conceive. Oh – if only it was that simple! We would have had a mini Army by that point if it had been that simple, buddy!

More time passed, and one by one all my friends and colleagues became pregnant (or so it seemed. Im sure if I really think about it, not everyone I know was conceiving, but its funny how you perceive things when you’re so consumed by something). I began to feel increasingly isolated. I was convinced that people were keeping their own happy news of conception success from me because they knew we were trying and not succeeding, and indeed I was right in some cases. One of my good friends even didn’t invite me to her son’s birthday party, as she wanted to spare me the awkwardness of choosing whether or not to go. I became to rely increasingly on my single and childless-by-choice friends (most of whom have subsequently had kids, incidentally), and started to avoid family gatherings because I couldn’t bear answering questions as to why I wasn’t drinking. No, it wasn’t for the reason we all wished it was for. More to do with the fact that I was trying to lead the healthier lifestyle Id convinced myself was the key to fertility.

I’m sure this anxiety around social gatherings for fear of avoiding well-meaning (but insensitive) questions from Great Aunt Vera such as `So when are you going to have a baby? You’re not getting any younger you know!` is something anyone who has ever experienced a fertility issue can relate to. I found it handy to have a couple of retorts lined up in these situations, along the lines of  `well, it’s been over 2 years now and still nothing. What would YOU suggest we do? Any good positions to try?’ or just simply `I’d rather not talk about it right now`. Its funny how quickly people start pushing adoption too, once they realise that conception isn’t happening, as if adoption is such a quick and simple solution. My response to these suggestions was usually `What are your personal experiences of adoption? Why didn’t YOU adopt?`

Eventually, having stumped all the medics as to my failure to conceive, I underwent minor surgery, where I was diagnosed with a bilateral fallopian tubal blockage. One miscarriage  (we are still unsure quite how conception happened in the light of that diagnosis, but there you are) and unfair dismissal from a job because of the miscarriage later (don’t worry, we went legal, and won), I was accepted onto the NHS IVF programme. Given we were only eligible for one free cycle of IVF, so much hinged on this cycle. I was convinced it wasn’t going to work, given the success rate of approx 16% that we were given, but my boss at the time told me to think positive.What was to say I couldn’t be in that 16%? She was right, and I started to feel brighter about it. For that I will always be eternally grateful to her.

I will never forget when the package of IVF drugs arrived in the post. I remember looking at my husband and saying `what on EARTH are we doing?` Never a huge lover of needles, it took a huge effort of will to plunge that first syringe into my butt cheek, and I soon became covered in bruises from all of the injections that we had to take every day. After that started the rollercoaster of hormonal changes, hot flashes, mood swings and the highs and lows of going through the various stages of the cycle, where news can go from awesome (we made 9 embryos the first day after egg collection) to devastating (we only had 2 left 4 days later) in a matter of days, if not hours in some cases.

In an almost superhuman suspension of disbelief, a lot of love, and a little bit (well, let’s get real – a lot) of science and against all odds, we found ourselves in that lucky 16%. We welcomed our beautiful daughter in November 2012, 3 and half years after deciding to try for a baby. 3 years later, we welcomed our son after another IVF cycle here in Quebec. How I came to be a doula after these 2 births is a whole different story, which you can come to our monthly Meet the Doula nights to hear. But I digress.

Infertility is hard. It is tough. It is brutal. It sucks, and it is completely arbitrary and totally unfair. Yes, I was eventually lucky enough to complete 2 successful cycles and to have 2 beautiful children as a result of ART and all of its magical machinations, but the journey changed me fundamentally. As a previously goal-oriented person who made lists and (generally) achieved the things on them, this was a very difficult but fundamentally invaluable lesson to learn. Life doesn’t always go to plan. Sometimes you need to live in the moment, and learn to adapt. Still there is only so much living in the moment and adapting one can do, especially when the desire to become a mother can be so fierce and undeniable. There were some very dark moments for me. I can honestly say I contemplated some pretty horrifying thoughts at points. For those that say `but you’ve still got your health`, please be aware that living with infertility can sometimes make you feel like you`re dying inside. It’s a quiet unspoken grief which can manifest in various ways. I am sure that, even if you personally are not suffering infertility, that you know many people that are, whether you are aware of it or not. Kindness and awareness is key. I remember being highly volatile, emotional, and downright aggressive and unpleasant at times. I was not easy to be around.

ART, whilst it is tough, uncomfortable, unbelievably invasive, and a total rollercoaster of emotions, is something to be embraced. There are some moments of real black humour involved, if you are able to see the (often very) funny side in the midst of the stress and anguish. Yes I can think of more pleasant, less stressful, and frankly far less expensive ways to conceive, but for some of us, this is our best (and sometimes, only) option.

For anyone who is on this journey right now or about to embark on it, I see you. I salute you. I wish you all the love and luck in the world. I understand you. I am here for you. This is our truth.